Every lie we tell incurs a debt to the truth, and sooner or later that debt is paid. 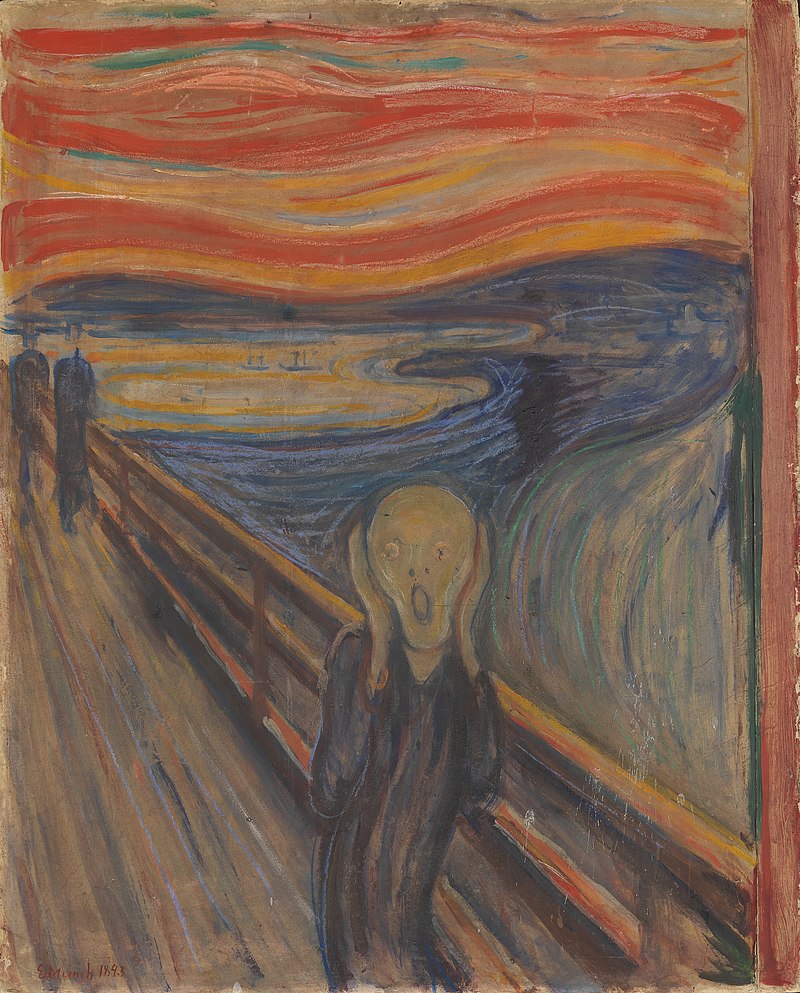 “The Scream”, artwork shown above, is a painting by Edvard Munch¹, and is arguably one of the most iconic paintings in art history.

At first glance, the figure appears to be screaming, but in actuality it is covering its ears to block out the scream it hears. This work was inspired after Munch visited his sister, who was confined in an asylum. The facial expression in the painting depicts both the horror and heartbreak Munch felt upon hearing the screams from the asylum.

Lying and deception has been consistently present throughout the course of human history. It’s as if it has a will of its own to persist; however, people share varying opinions of what lying is. Some embrace it, while others abhor it.

The hip hop artist Black Mike said, “In a world of lies, truth is spoken only by the children, the crazy, and the masked.” Another point of view offered by an American writer, Lorrie Moore, was that “(we) have a choice … the whorish emptiness of lies or the strait laced horrors of truth.”

Personally, I have always prioritized seeking truthfulness. To me, truthfulness is distinct from “the truth” — it involves an understanding of the nuances of probability, rather than absolute certainty.

I trust that people do what they believe is in their best interest, despite and even if it does not align with mine. I also willingly extend my trust when mutual interests align, but with a measured understanding that these alignments may be in a transient state.

In the book Lying, by Sam Harris, a compelling argument is presented for avoiding all forms of dishonesty; this made me “Radical Honesty” adjacent.

One of the most striking aspects of 2022 was how swiftly lying became normalized at every level of society, breaking shackles of shame. While the topic of shame is another discussion piece of its own, my response to our rhetorical climate is: I am the figure in the Munch painting, or would like to be. Drowning out the screams of all forms of deception. Honest discourse is at a disadvantage and conversations have revolved around untangling distorted truths and the emotional attachments to self-deceptions that result from them.

I’d like to distill these unfortunate truths in 2022’s fresh appearance in our rear-view mirrors, now making it a collectivized and opportune point for reflection, contemplation, and steadfastness.

With all of the then, now, and what’s to come — I am thankful for the many new friends made and for the chance to fortify old friendships. A focal point of gratitude.

There is little I can do about macro trends, so I will don my galoshes, brave the deluge of lies and deception, and enter 2023 with my eyes wide open, determined to make it through with as few scares as possible. As I hope you will, too.

And now … know the photograph.

¹ For more information about this painting and other masterpieces, I recommend checking out Great Art Explained on YouTube. Their episode on “The Scream” is highly informative (see companion video.)

² My street photographs are as I found them. Nothing is touched nor staged.

© 2023 RickyMoon.com – All Rights Reserved
Companion Video
Send the love. Send the criticism. Send the suggestions for improvement. Your thoughts are welcome!

PDF version. Best for printing.
Download PDF
Get your copy.

Sharing om your social media is both encouraged and appreciated.
Made-to-order, high quality prints available of this photo.

Legalese for those who want to strip away the branding and try to make money with the photo.

If you strip away the branding, it will show intent,  and use it for commercial purposes, I will enforce my rights.

If you strip away the branding then share it on the internet for, please don't. The branding is what keeps the free photos, free.

List all the other newsletters.
Newsletters
Photography & Story In Your Inbox